Future Trends in Boat Design: Is Your Marina Prepared to Accommodate the Boat of the Future?

Join this diverse panel of boat and engine manufacturers, boat designers and boatyard and boat club owners, as they discuss what's on the horizon for boat design. This session will cover areas that will impact marinas including; varying dimensions in length and width, growing requirements for electricity, wi-fi, sanitary connections, as well as use trends, how will boats be used in the future. Changes to marina infrastructure are expensive and take time to complete; will you be ready in time to host these new boats? Participants in this session will learn what to know to begin planning and get a head start in addressing the challenges that hosting these future boats will present! 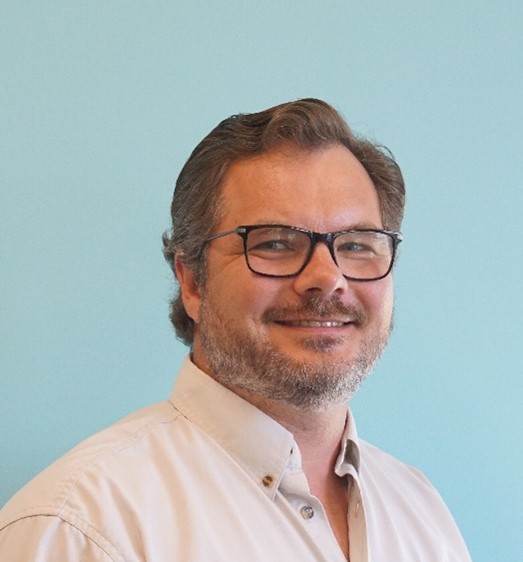 Current emphasis is on advanced electrical, entertainment, safety and connectivity systems integration into multiple boat brands across the portfolio.

Named the Site Director for the Brunswick Innovation Lab (IJET) in Spring of 2017.  He has managed the design and development of the site as well as onboarding 70 students to date from the University of Illinois.  The Lab actively manages research projects from across all divisions of Brunswick Corporation.

Prior to the i-jet Lab initiative he spent 22 years working for Mercury Marine (a division of Brunswick) in many Design Leadership roles.  Had key responsibility for Design and Development for Mercury on a diesel engine partnership with Volkswagen.  Led Emerging Technologies Research and Innovation Management for Mercury Product Design and Engineering. Sean Marrero is the Chief Strategy Officer for Correct Craft, a 96-year-old marine industry
company operating around the globe. Correct Craft’s subsidiaries include eight boat brands,
three engine brands, three watersports parks and an entity devoted solely to innovation,
Watershed Innovation, where Sean serves as President.
Watershed Innovation currently manages three operating companies. Merritt Precision
uses robotic 5-axis mills to create tooling for fiberglass parts. Ingenity is a 100% electric
propulsion system for high power use cases including watersports boats. Osmosis, a spinoff from Ingenity, is a customized telematics platform that provides turn-key connectivity to
OEMs and their end customers.
Sean has worked in the marine industry for 23 years and has been a part of Correct Craft’s
success for the past 15 years in his roles as Chief Financial Officer, Chief Operating Officer
and Vice President of Manufacturing. Prior to Correct Craft, Sean worked eight years at
Brunswick/Sea Ray, a publicly traded company, in positions of increasing responsibility
including Director of Accounting.With a passion for education, Sean has earned his Bachelor of Science in both Finance and
Accounting from University of Central Florida and a Master of Business Administration from
Rollins College. Sean has completed executive education programs on innovation at both
Harvard and Stanford to expand his knowledge in developing the future with Watershed.
Over the course of his career, Sean has served on multiple boards. He has advised the
Manufacturer’s Association of Central Florida and the Florida Institute of Chief Financial
Officers. Having a heart for others, Sean has served as a board member at Habitat for
Humanity of Orlando for over eight years.
Sean has earned notable accreditations from Villanova as a Lean Six Sigma Black Belt and
from the Institute of Management Accounting as a Certified Management Accountant.
Sean is married to his wife Erica, who also works at Correct Craft as a Project Manager. They
live with their daughter, Kiley, in Orlando, Florida.
Joe Maniscalco, Yamaha Marine Service Division Manager
. 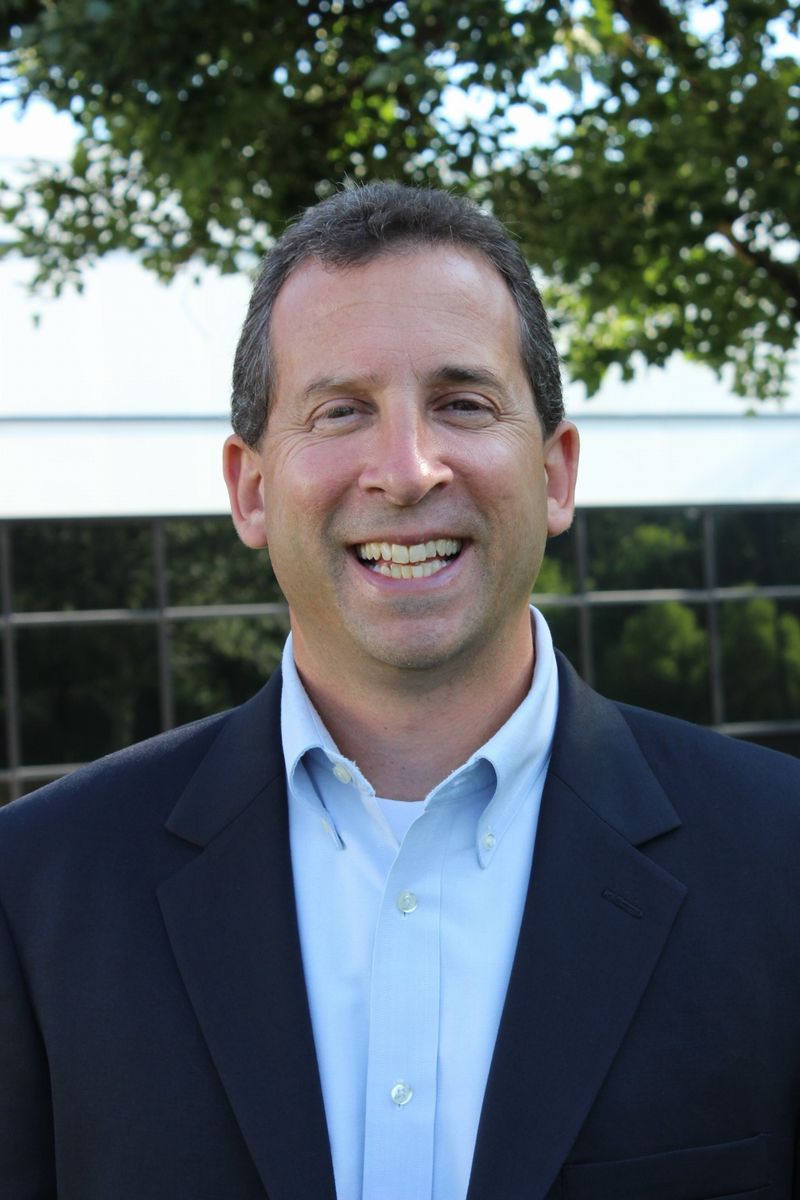 Grew up in Milwaukee Wisconsin and attended Milwaukee tech and trade high school. Started career as a Technician apprentice at age 16 leading to a journeyman technician right out of high school.
Moved to northwest Florida in the early 90s and continued as a journeyman technician until promoted to shop foreman at which time I became a mentor for a technician apprenticeship program.
Moved to Orange Beach Alabama to become a service manager where I continued as a mentor.
5 apprentice technicians developed at 2 dealerships.
In 2003 I was hired by Yamaha Marine as a District Service Representative for New England. My positions moved to:
Sr District Service Representative -2004
Regional Service Supervisor 2005
Regional Service Manager -2007
Field Service Manager- 2009
In 2014 I was promoted to Marine Service Division Manager supporting Outboards and in 2018 the service division expanded to include Wave runners and Sport boats.  I have spent 18 years with the                                                          Yamaha Motor Corporation
Steve Arnold, Owner of Yarmouth Boat Yard, Moose Landing Marina and Freedom Boat Club
Steve Arnold is the owner of Yarmouth Boat Yard, Moose Landing Marina and Freedom Boat Club. Originally from Fort Lauderdale, Steve grew up working in marinas. He started out as a yard hand and worked his way up to management roles before heading off to college at Florida State University. After earning his MBA and his private pilot’s license, Steve embarked on a career in finance.

Seeking a richer quality of life, Steve moved to Maine in 2003 to enjoy family time 'the way life should be'. He purchased Yarmouth Boat Yard in January 2004, happily shifting from his career as the Vice President of Trading at Goldman Sachs to focus on his passion for boats.

At that time, Yarmouth Boat Yard had just one employee and sold a single line of boats. Today Yarmouth Boat Yard employs twenty-two full time employees and carries BRIG, Defiance, Pursuit, Sea Fox boats. The boat yard continues to thrive and grow, priding itself on its high customer satisfaction. This is directly correlated to strong team of steadfast employees Steve has brought together and each team member’s determination to provide customers with the best possible boating experience each and every day.

In 2013, Steve capitalized on the opportunity to expand his business footprint by buying Moose Landing Marina in Naples, Maine. The largest on water facility in Maine’s lakes region, Steve clearly understood the enormous potential of the facility. The fresh water environment posed a new set of challenges to overcome with shorter seasons, a faster pace, and larger volumes. With a focus on providing exceptional customer service, he worked to attract, retain, and train a staff of dedicated professionals. Today Moose Landing is not only one of the largest Yamaha dealers in the Northeast, they also are the largest pontoon and deck boat dealer in the region selling Aqua Patio Pontoons, Hurricane, Ranger Tugs, Regal Boats, Sanpan Pontoons, and Sweetwater Pontoons. They have twenty-three employees, a fleet of sixty-eight rental boats, and another boat rental location at Point Sebago Resort. Steve’s careful planning and execution have proved successful. Since 2013, Moose Landing has almost doubled in revenue.

September of 2017, Steve decided to purchase the franchise for Freedom Boat Club, bringing boat sharing locations to his two marinas. In 2019, he expanded the club, opening a third location at the Fore Points Marina in downtown Portland. Freedom Boat Club provides another alternative option to help customers get out on the water in a way that best fits their budgets and lifestyle. Whether they want to rent, own, or join the boat club, Steve’s businesses can help.

A family man, Steve has four children and resides in Yarmouth, Maine. He is an active member of the community and is the Chairman of the Yarmouth Harbor and Waterfront Committee, as well as a member on the committee to build a new Harbor Master building. Additionally, he is a Board Member for Maine Marine Trades Association and a past member of the Yarmouth Planning Board.

When not overseeing things at his three businesses, Steve is often found out on the water, enjoying boating and quality time with family and friends.