Leaves from the Broward County Convention Center, outside of Hall A promptly at 11:30 a.m. and returns to the convention center at 4:15 p.m. just in time for the AMI member meeting. Check in for the field trip begins at 11:00 a.m. in the lobby of Hall A.Hop on the bus with your colleagues, have lunch and tour a few local marinas and boatyards.

Set on 32 waterfront acres along Ft. Lauderdale's 17th Street Causeway and the Intracoastal Waterway, Pier Sixty-Six was originally established in the 1950s as a fuel dock and gas station for Phillips 66 Petroleum. In the 1960s, the Pier Sixty-Six hotel 66-spire tower was built, forever changing Ft. Lauderdale's skyline. Prior to temporary closure, the hotel included 384 guest rooms and suites, more than 30,000 square feet of event space, and five onsite restaurants. The property also features a world-class, 157-slip, deep water marina in the yachting capital of the world.

For more than 50 years, the Pier Sixty-Six Hotel & Marina has been a beacon in Fort Lauderdale. With its iconic spire-topped tower, the property and its exceptional waterfront location has drawn celebrities, civic leaders, Fort Lauderdale society and visitors from around the world.

Tavistock Development Company is in the process of reimagining Pier Sixty-Six as Fort Lauderdale’s “social harbor.” A thoughtful destination where those seeking relaxation and refuge; engaging events and alluring amenities; and an approachable marine and resort lifestyle, all come together. Creating a seamless connection between land and sea, the world-class Marina and waterfront will serve as the gateway to the Pier Sixty-Six. Locals, guests and visitors will feel welcomed in this tropical haven that harbors feelings of sanctuary, discovery and connection.

On July 10, 2018, the City of Fort Lauderdale approved our development agreement. The development agreement is a significant first step for us as we look to thoughtfully plan and develop this large-scale, 32-acre property on both sides of 17th Street Causeway; a plan which we believe, to do right, will last for the next several years. This agreement affords us the time we need to be thoughtful and smart. The agreement also unifies the properties and gives us the opportunity to plan them as one cohesive development, which will allow us to create site plans with a mix of uses that are more appropriate and thoughtful than what previous owners and approved plans allowed for. Plans include a Marina Promenade along the waterfront to enhance public access to the property and a commitment to designate one of our City’s most iconic structures, the Pier Tower, as historic once it’s restored.

On May 15, 2019, the City’s Planning & Zoning Board approved our first phase of development, which includes the northeast portion of the property, on the north side of 17th Street, where the existing hotel property sits today. Construction is scheduled to begin in the fall 2019. In order to accommodate scheduled construction, the hotel temporarily closed on June 10, 2019. Seahaven prides itself on offering yachters the region's most discreet and secure yacht harbor, with managed pedestrian access and industry-leading surveillance monitoring. Whether boaters are enjoying Seahaven's luxurious onsite amenities, or downtown Fort Lauderdale's world-class shopping, dining and recreation, their vessels are secure. Over the last half-century, Dania has become the undisputed capitol of megayacht service, repair and refit.  There is no doubt that Derecktor has been one of the driving forces behind this phenomenon. Today they are widely recognized as the most complete large yacht facility on the East Coast of the U.S., regularly handling multiple vessels of up to 200 ft. They have continually upgraded and improved their shipyard to lead the market. While the boats and equipment have changed over time, their near-legendary commitment to craft, customers and detail has not. 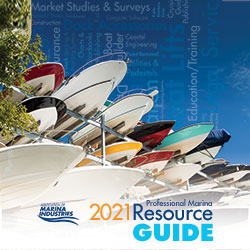