Service is a Superpower!

Anyone one involved in the creation of customer experiences needs to fully appreciate the transformational power of delivering service excellence!  This keynote utilizes my experience as an entertainer and service training designer for Walt Disney World.
The presentation, with some customization, basically follows this outline and includes the messages of:
A service “superhero” is one who can connect with this universal truth: great service will always serve the server first.  Service is, indeed, a superpower and this humorous and lively keynote will prove it.

Louie Gravance
Louie Gravance is often referred to as “the guy that can make the Disney service concepts work outside of Disney.”  From 1987 to 2014 Louie enjoyed a distinguished career with Disney theme parks, designing everything from live-entertainment experiences to customer service training programs through the Disney Institute in Orlando Florida.

Gravance has been credited with “literally changing the consciousness of business in America” through his service campaigns and initiatives that have included Bank of America’s “The Bank of America Spirit” campaign- deemed the most successful customer service training initiative in the company’s history.
In 2014 his unique entertainment and training experience was called upon to be part of the opening team of Harry Potter’s Diagon Alley expansion at Universal, Orlando.

At only twelve years old, he began working in California as a stage, film and television actor and would go on to appear in over thirty-five national television commercials. In 1987, Gravance was offered a summer job with one of the entertainment industry’s most successful conglomerates, The Walt Disney Company, beginning as a comic at Disneyland in Anaheim, California and soon thereafter embarking on a nearly three-decade adventure at the Walt Disney World Resort in Orlando, Florida.

Gravance is the recipient of the Disney Partners in Excellence Award and the Spirit of Disney Award and has been recognized internationally as a Disney keynote speaker, having begun his professional speaking engagements on behalf of Disney in 1998.

Through his company Louie Gravance Creative Content, based in Orlando, Florida, Louie continues to offer clients unique training programs with incorporated themes such as “Great Service Serves the Server First!” and powerful initiatives including “Service is a Superpower!”.  We’re proud to announce the publishing of his first book: SERVICE is a SUPERPOWER! (Lessons Learned in a Magic Kingdom was released through Mascot books in March 2020! 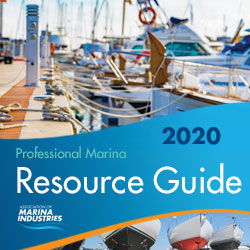